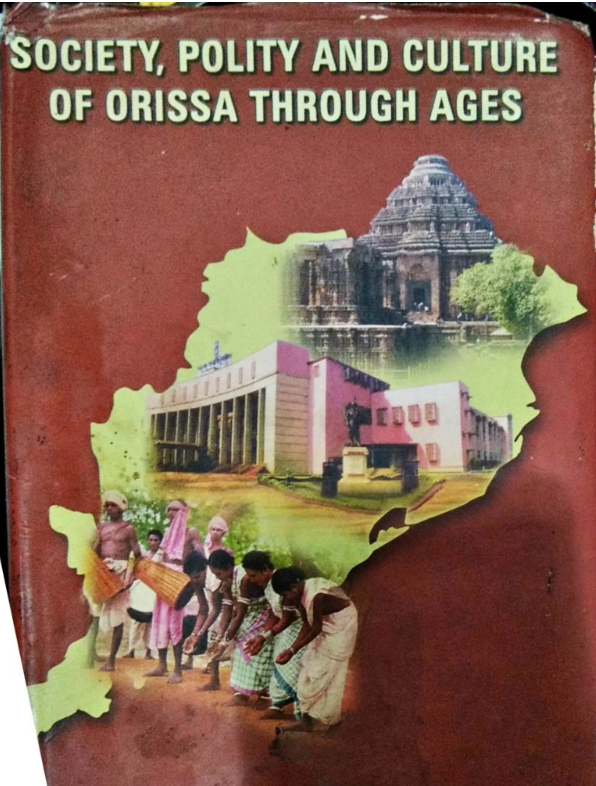 Society polity and culture of orissa through age

In the historical geography of india, Odisha  has been an important entity from third century B.C . if not from the earlier age.Right from the hoary past, the people of odisha have played significant roles in the cultural and political ferments of the whole country. The land of odisha has seen through ages, the rise and fall of mighty empires and kingdoms, powerful religious ferments, raising of gigantic monuments in stone and prosperous overseas trade. Though the glory, that was ancient Kalinga or Utkal is no more, yet to the antiquarians and historians who dig into the past, the historic odisha  still a lives in her extent monuments inscriptions, copper plates and manuscripts. For whatever reasons culture of odisha has maintained in some form and other, its originality and uniqueness till the present age. The remnants of the past and continuity of the traditional culture has been possible inspite of the influx of cultures from the outside have been the striking features of the Odishan history.

Odisha at present a province of the Indian Union is situated between 27.49 degree N and 20. 34 degree N latitude and between 81.29 degree E and 87.29 degree E longitude. It is bounded by West Bengal on the north east, Jharakhand on the north, Madhya Pradesh on the west, Andhra Pradesh on south and Bay of Bengal on the east. Geographically Odisha can be divided into four zones:Northern Plateau, Eastern Ghats, Central Tract and Coastal Plateau. It’s area covers around 17000 square miles.

The remnants of prehistoric culture belonging to the old, middle and new stone ages have been discovered at various places of Odisha.The stone implements of the old stone age, such as, hand axe cleaver scraper, point and flaked pebbles have been found in the districts of Mayur bhanja, Sambalpur, keonjhar, koraput, Dhenkanal and Sundargarh. In the old stone age any stone tool could be used for any purpose, but in the middle stone age, specialised stone tools were made available to the needs. In the old and middle stone ages man was a nomadic food gatherer. In the new stone age, man took to agriculture and started living a settled life. During this phase, polished and more specialised stone implements were made by men. Chisels, hammer stones, fabricators, ring stones, digging stick and mace heads were the implements of the period. Besides the stone implements of the stone ages, copper implements of the prehistoric period have been discovered in various places of Mayurbhanj, Dhenkanal, Sundar Garh, Keonjhar, Puri, Cuttack, Ganjam and Sambalpur districts. Prehistoric paintings, drawn on rock surface and caves have also been discovered in such places as Gudahandar, Jogimath, Vikram khol, Manikmoda and Ushakothi.

The land of odisha underwent a major cultural transformation with the influx of Aryan culture from the North. The migration of Aryans to Odisha might have been taken place at some stages in the post Vedic period as the early Brahmanical works referred to Kalinga as an impured country because of its tribal population and culture. In course of time Odisha became predominantly Aryanised. The language, script and culture of land became Aryan or Sanscritic. The original culture of Odisha was tribal. Subsequently came the Aryan or Sanskriti culture from the North and Dravidian culture from the South. The traditional odishan culture I e. the culture of Odisha prior to Islamic and Western influences was mainly a synthesis of Tribal, Aryan or Sanskritic and Dravidian culture.

Although the land of Odisha has been a territorial, political and cultural entity from the time of Mahabharat war at various stages the land and its part had different nomenclatures.

Kalinga is the most ancient name of Odisha which extends from the Ganges in the north to the Godabari in the south. The names of Odisha are Trikalinga, Utkal, Toshali, Koshala, Odra and orissa. It is known from Vana Parva of Mahabharat ancient Buddhist and Palli texts, Arthasastra of Panini and Kautilya Raghuvamsam Matsya Puran, Vayu Puran, Manu Samhita, Brahma Puran, Ramayan and Jain texts. The accounts of Meghathenes, Hiun Sang, Historians Alberun and Taranath also depicts many things on all about these.

The political history of Odisha can also be mentioned hereunder to have a clear picture of the phenomenon :

3rd century A. D:Murundas and Megha

Politically and culturally the traditionally Odisha covered a wide area. During the Gangas and Suryavamsi rule, the territory from Ganges to Godavari almost constantly remained under the sovereignty of the Odisha rulers. The traditional land of Odisha underwent a long period of disintegration after the death of Mukundadeva, the last indigenous ruler of Odisha in 1568 A d. During the British rule, Odisha remained divided in Bengal, Madras and Central Provinces. Odisha in its present shape came into existence on 1st January 1949 after the integration of princely states. But linguistically and culturally, Odisha covers a wider area than its present territorial boundary. Odisha language and culture can be stressed in Singhbhumi district of Jharakhand Midnapure district of West Bengal, Phuljhar, Nuagarh, Bastar, Raigarh and Sarangagarh areas of Madhya Pradesh and ତରଲ, Manjusa, Jalantar and Budharsingh areas of Andhra Pradesh.

At the end I can say this is my Odisha, land of Iord Jagannath and its art, culture, architecture, sculpture, painting and all about socio-cultural and religious life is glorious and glorious one. That’s all

Oh my Theo! help me

Oh my Theo! help me